The eighth race of the 2021 Formula 1 championship season takes place at the Red Bull Ring in Austria on Sunday, June 27th, 2021. Located in the Styrian mountains of Austria’s Spielberg region, the Red Bull Ring is a picturesque destination for F1 fans. The circuit is short, at just 4.318km, but drivers will need power in the first half along three straights as they move uphill, followed by a series of quick corners as they descend. Drivers will complete 71 laps in Sunday’s race. The current lap record is held by Carlos Sainz Jr. with a time of 1:05.619 in 2020.

The Red Bull Ring was created in 1995-1996 in an effort to create a safer and more modernized circuit. F1 circuit designer Hermann Tilke was tapped to update the former Osterreichring race track (constructed in 1969.) Tilke was originally a touring car and endurance driver, but he switched careers and created Tilke Engineering in 1984. 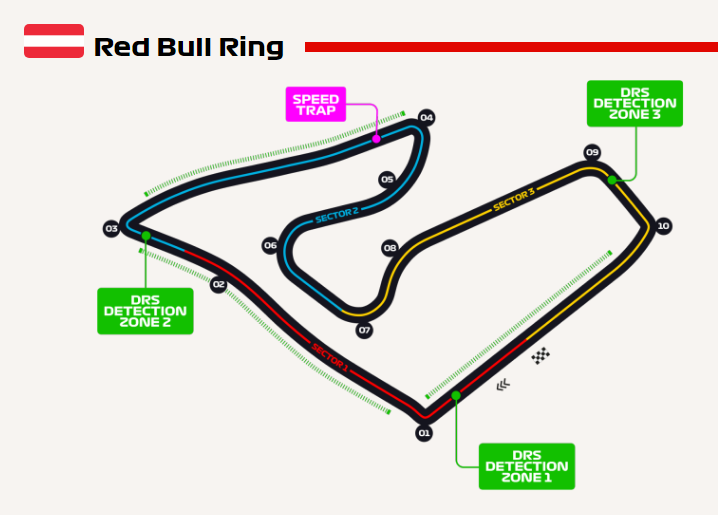