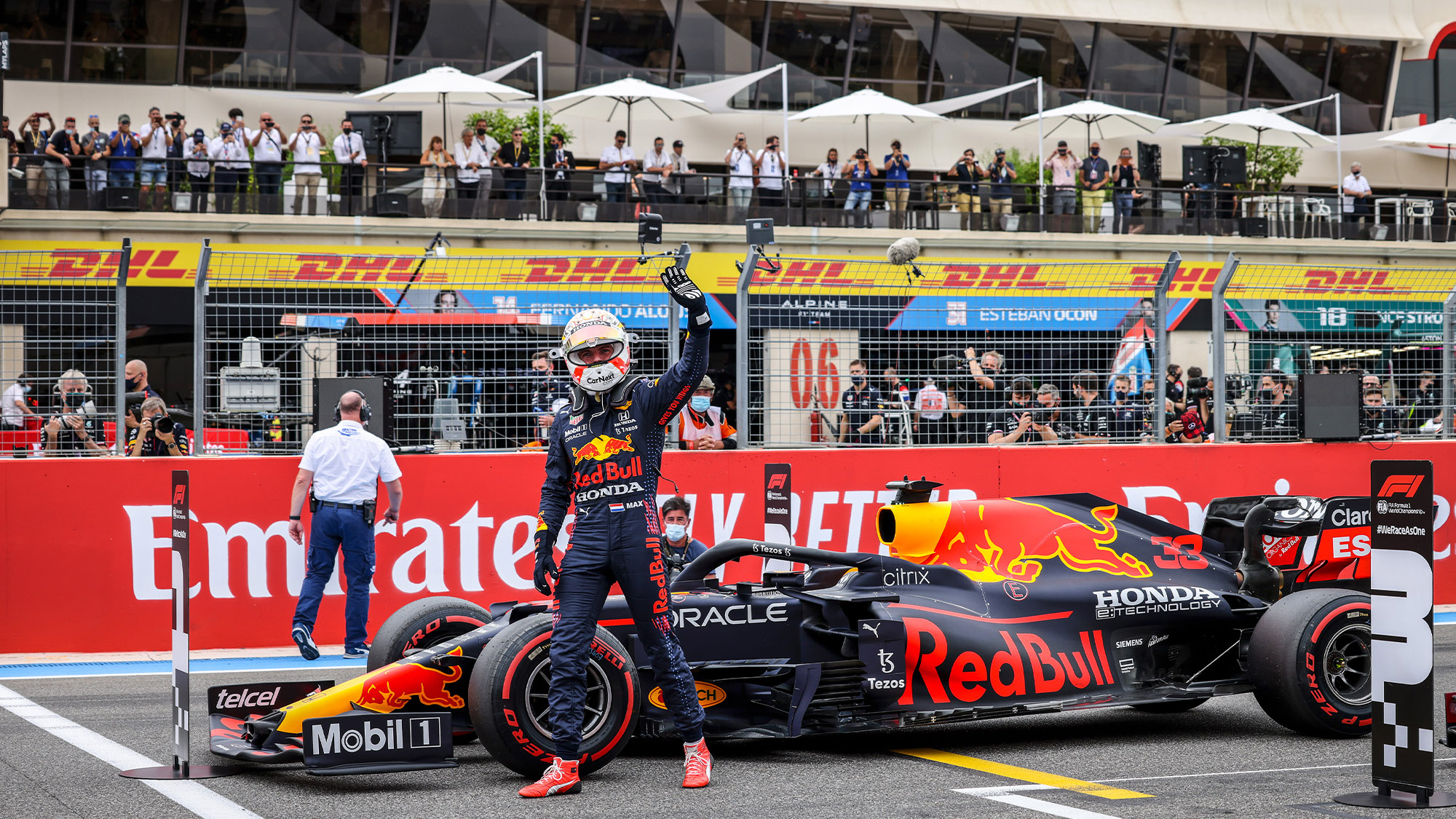 Max Verstappen for Red Bull won the French Grand Prix at Circuit Paul Ricard on Sunday, June 20th, 2021. Twenty-three year old Verstappen battled against Lewis Hamilton for Mercedes, who took second place. The drivers were fighting for the lead throughout the race, but with two laps remaining, Verstappen passed Hamilton at the chicane to secure the win.

Both Red Bull and Mercedes claimed the top four places, followed by McLaren Mercedes in fifth and sixth. Verstappen was also awarded an additional point for setting the fastest lap of the race, with a time of 1:36.404.