Max Verstappen for Red Bull dominated the Styrian Grand Prix on Sunday, June 27th, leading the race from pole through pit stops, to the finish. In the anticipated head-to-head race of Verstappen vs. Lewis Hamilton for Mercedes, Verstappen was quicker on the straights and more agile around the corners. Red Bull has been vocal about the improvements made to their cars each race, whereas Mercedes stated they were focusing on a new design for the 2022 regulation changes.

Sunday’s results increased Verstappen’s advantage over Lewis Hamilton (2nd place) to 18 points. Verstappen has won 4 races this year and Red Bull has won the last 4 consecutive races. Hamilton, in contrast, is approaching his longest winless run (6 races, in 2017-2018) as he has not placed first in the last 4 races.

See the results below, or check out the F1 website here. 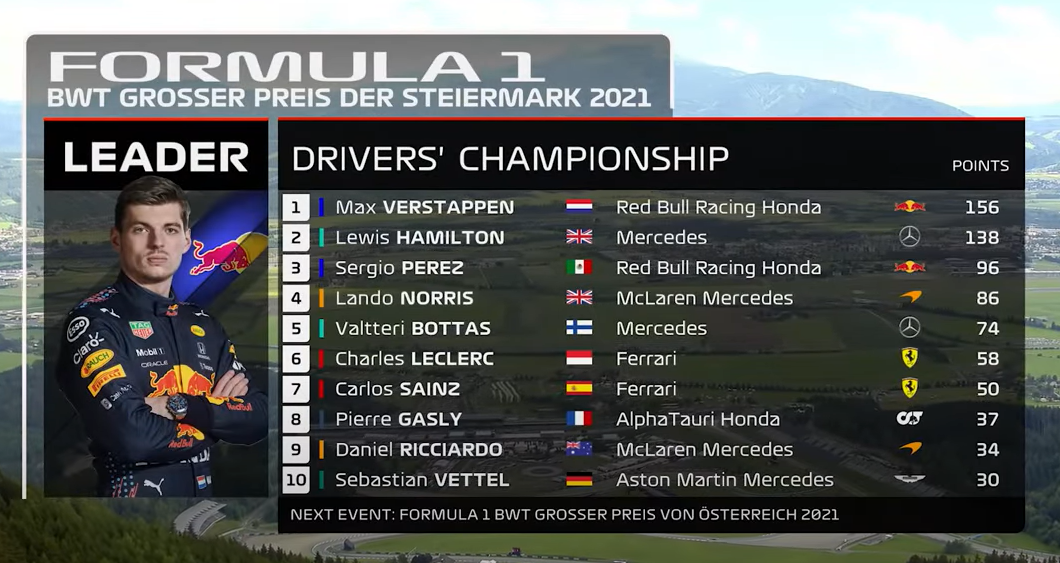