The World of Ferraris at Maranello

Take a virtual trip to Maranello to visit the epic Ferrari Clienti collection, home to some of the fastest and most desirable racecars in the world. From the  GTO to La Ferrari its an impressive collection. 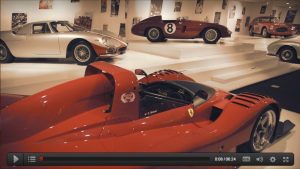 The Formula 1 Clienti room showcases former Formula 1 racers. This Clienti (clienti being Italian for client)  program launched in 2003 with the goal of bringing very, very privileged Ferrari customers onto the track in the world’s fastest cars.

There is also Felipe Massa’s 2008 Formula 1 car that won the championship for about 30 seconds.